As the world becomes mired in increasingly inane and preposterous conspiracy theories, I thought it would be interesting to investigate the following research question in 2020: What predicts conspiracism in healthy adults of the general population in Western cultures and how do they think (reason) and behave? The result of my research was summarised in five diagrams. This is number two.

Research shows two broad groups of intrapersonal processes that can render an individual more likely to believe in conspiracies. These are (a) paranoid narcissistic tendencies (where an individual believes the world revolves around them and other people are either theirs to exploit or are out to exploit them), and (b) boredom mixed in with paranoia.

Paranoid narcissistic and Machiavellianistic driver: They are taking over society and will impose their values on me (because I am used to (a) being in the position to impose my values on all of society, and (b) society has always mirrored my values.)

Bored and paranoid driver: I don’t understand why these people choose to be like this. There must be a socialist-left agenda to drastically change society for the New World Order.

The diagram shows the underlying conditions behind these two drivers. Enlargements shown below. 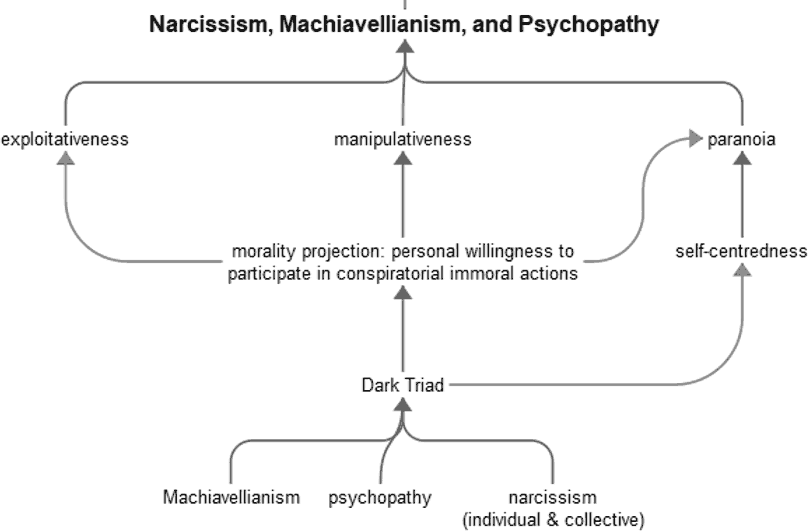 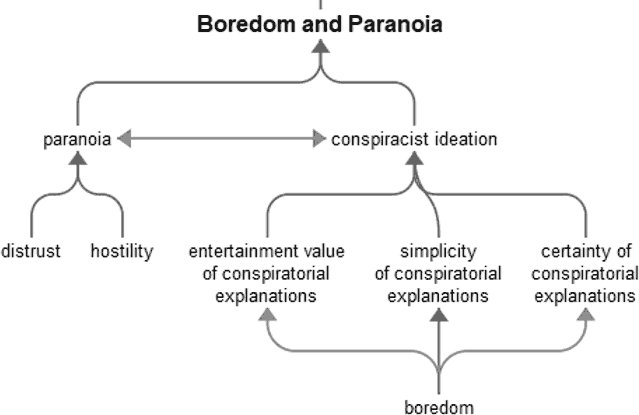