As the world becomes mired in increasingly inane and preposterous conspiracy theories, I thought it would be interesting to investigate the following research question in 2020: What predicts conspiracism in healthy adults of the general population in Western cultures and how do they think (reason) and behave? The result of my research was summarised in five diagrams. This is number one.

When faced with an uncertain situation, people tend to want three things: quick and easy explanations, a clear social norm position to follow, or exert control over the situation. All three drivers create a sense of certainty. Note certainty does not have to be based on facts or grounded in reality/actuality. Certainty can be a group-reinforced fantasy.

Gain quick cognitive closure: “The Chinese made the virus in a lab and deliberately released it.”

Seek belonging to a norm: “My church tells me this is all part of God’s plan so I don’t have to be concerned.”

The diagram shows the factors that underlie these three drivers. Enlargements shown below. 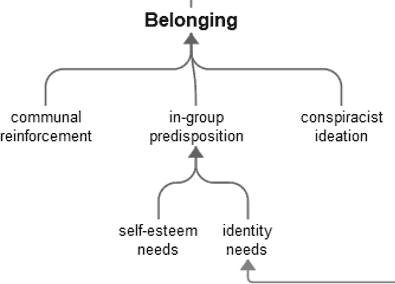 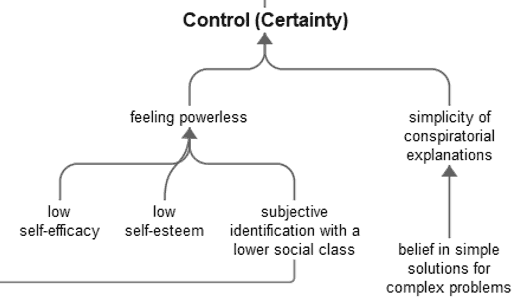