Conspiracism: likelihood and loci of change 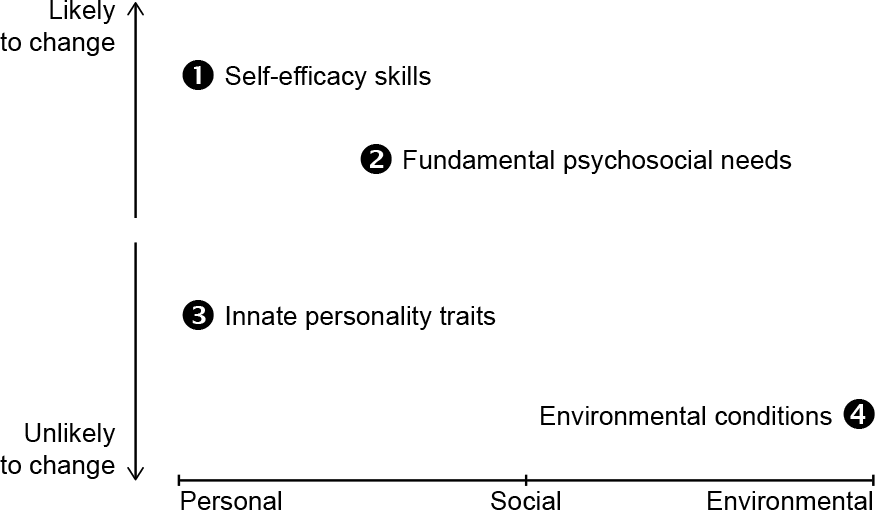 As the world becomes mired in increasingly inane and preposterous conspiracy theories, I thought it would be interesting to investigate the following research question in 2020: What predicts conspiracism in healthy adults of the general population in Western cultures and how do they think (reason) and behave? The result of my research was summarised in five diagrams. This is number five.

To help us conceptualise how we could change the belief in conspiracies, the four predictors of conspiracism (discussed in the other four posts in this series) can be mapped as above.