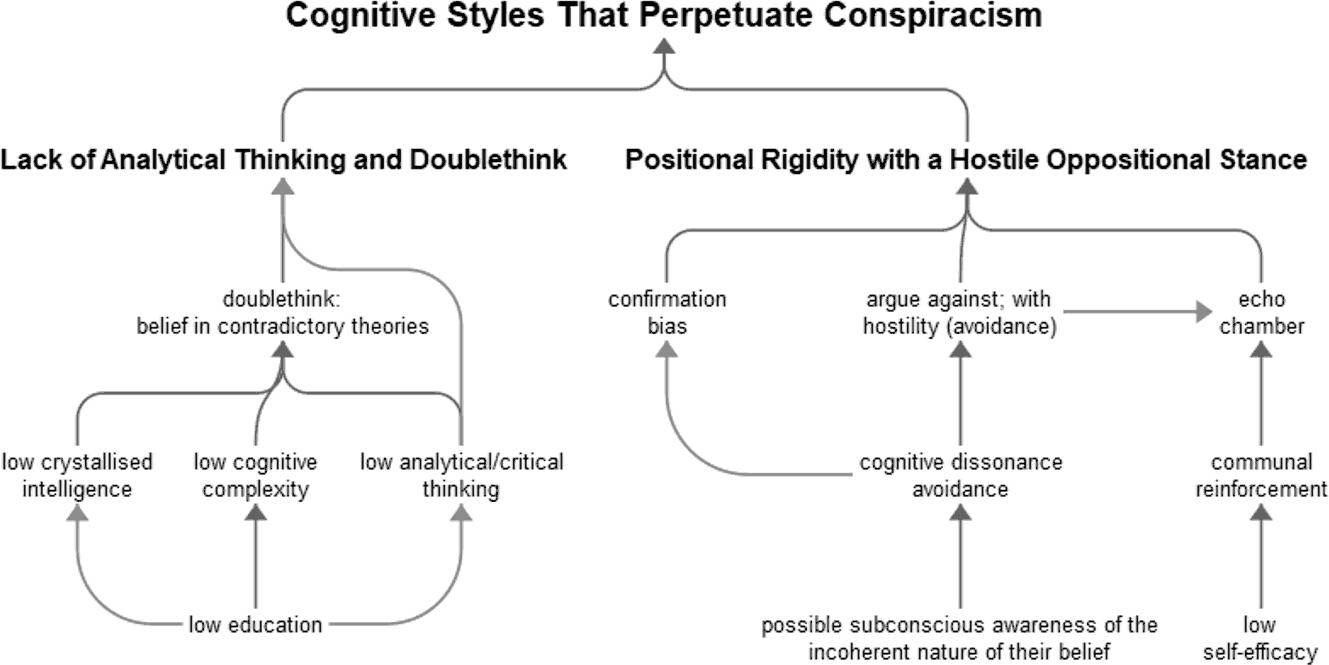 As the world becomes mired in increasingly inane and preposterous conspiracy theories, I thought it would be interesting to investigate the following research question in 2020: What predicts conspiracism in healthy adults of the general population in Western cultures and how do they think (reason) and behave? The result of my research was summarised in five diagrams. This is number four.

Certain cognitive styles (how an individual thinks) can help perpetuate belief in conspiracy theories. Conspiracist thinking tends to lack genuine critical and analytical competency. Cognitive biases and doublethink are also present. Those who believe in conspiracies also tend to exhibit a strong defensive/oppositional posture whenever the topic of their belief comes up.

Example: The belief that Donald Trump won the 2020 elections.

Lack of analytical thinking or presence of doublethink: “The voting machines were manufactured in Venezuela under the direction of Hugo Chávez.” and “Losing an election is actually winning it.”

Positional rigidity with a hostile oppositional stance: The narrative spouted by Trump and his mouthpieces, and the behaviour of the January 6 insurrectionists.

The diagram shows the cognitive foundations behind these two styles. Enlargements shown below. 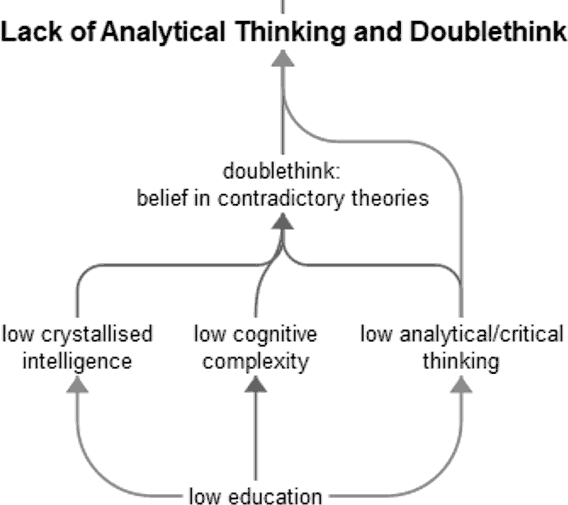 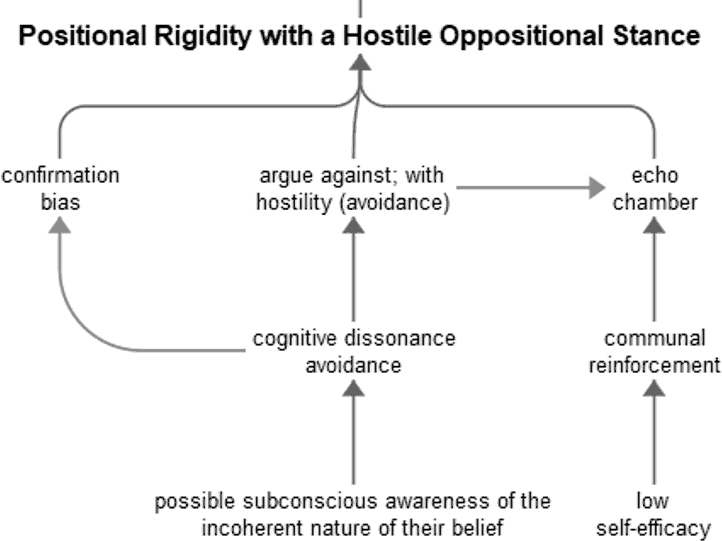