The normalisation of sociopathy 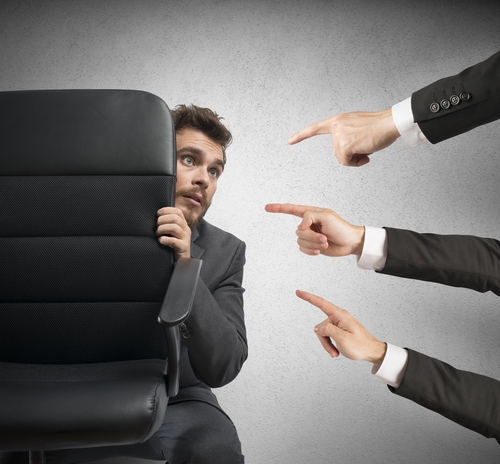 It was disturbing to read through the comments on this article about what working for Apple is like.

It is of course reasonable to expect some level of the bad behaviours described in the article in many organisations. And of course there are two sides to the story. We are taking humans after all. Nonetheless, what is truly shocking is the number of comments insisting that such bad behaviour is normal, that they are to be simply accepted as such, and that to challenge the status quo is to be somehow deficient. Victim-blaming also seems par for the course too.

So what's new? Someone just couldn't cut it, their fragile ego has taken a beating, and they're unprofessionally lashing out. Big deal. It looks very much to me like leaving Apple wasn't the author's decision at all.

It's sad when people can't handle their jobs and blame everyone but themselves. He even admits he had to be performance managed, but yeah totally not his fault it was just the big evil company. He needs to stop whinging, put on his big boy pants and stop blaming others for his own problems.

Your story sounds like a lot of big corporate environments.... why would Apple be any different just because they create and market i products?

Ben, sorry to break your expectation bubble yet again, but these observations could be applied to almost every workplace I have ever worked in. It seems to be more the standard than the exception

Sounds as though this is the first office job you took. your examples are not in the 'wild' side. they are the norm in big companies. and if you show your resistance, they will swoop on you and never leave u alone until u agree with them. You could've faked it?

Sounds like every software/IT customer service/support dept I have ever worked for, and been in much more toxic and bizarre environments than that. No one cares about the level of support and assistance given to customers, its all about appearances, cliques, alliances and pushing personal agendas and control within the dept/teams.

Seriously Ben, that's normal in corporate world especially in big companies, lots of politics and back stabbing... gotta be tough if u wanna be in it, or quit like u did.

I work for a company that isn't Apple. There are bullies, and psychopaths, as you will find in any large corporation. Most end up being sacked.Grow a back bone.

Go find a new job with Kleenex, because it sounds like you could sure use a tissue or two.

The sort of antisocial bullying, passive aggressive, controlling and victimisation behaviour described is not normal. They are simply not what healthy, well adjusted, and emotionally mature people engage in.

These toxic behaviours should never be presented and tolerated as normal; because they damage people, retard creativity, and poison organisations from within.

When management exhibits such behaviours, they will inevitably leak out and contaminate the customer experience. Apple for example had been lambasted for passive aggressively telling customers with faulty handsets that they were simply holding the phone wrongly.

The frightening thing is when such sociopathic behaviour is normalised, they become invisible to criticism and change. I for one do not want to see the activity of business become an exercise in global sociopathy. This is a real threat to our collective wellbeing.