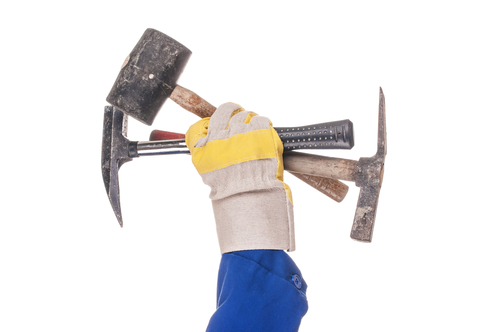 Chaos and order are sides of the same coin.

Too much chaos and nothing thrives. Resilience goes up though. As does stress and the constant reinvention of the wheel.

Too much order and innovation is stifled. Boredom and complacency sets in. Thinking atrophies. The system becomes prone to easy disruption.

Causing chaos has immediate notoriety. Think terrorism. It gets people fired up. Unlike acts of creating order. Chaos garners lots of attention and emotions, aand can be achieved quickly. But nothing constructive is created in the long term. Creating order is more measured and considered. Less easy to get excited about on goingly.

It seldom is an absolutely black and white choice though is it? In any system - like an organisation, a society or even the ecosystem of thoughts in our own heads - chaos and order are in dynamic flux. Some days we have more of one and less of the other. The problems come when we have an extreme imbalance over a period of time.

A consistently highly ordered system finds in increasingly stuck unable to think outside the box it has built. It becomes less able to cope with change.

A chaotic system finds it hard to learn and build on anything. It is always rushing to deal with the next new thing.

Consider your own thoughts, and the internal conversations of your organisation. What state of balance are you in at the moment?

When was the last time you experience the other side? How can you tip the balance towards the other side (without going into extremes?) What are you missing out on?