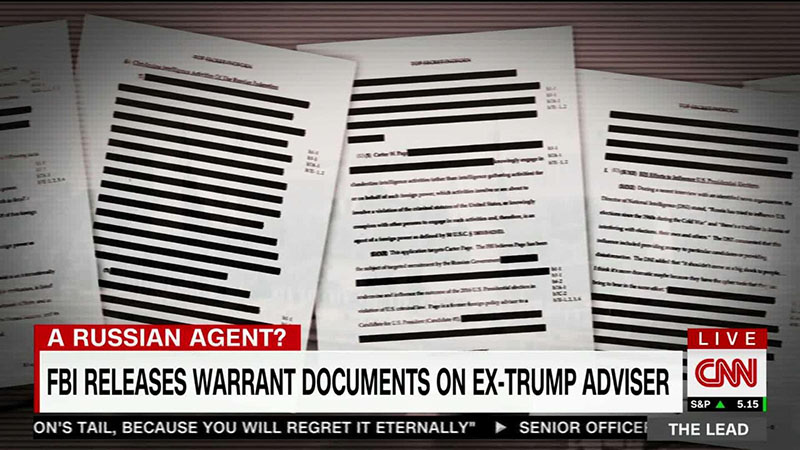 (I finished this blog post several weeks ago. Just as I went to publish it, a similar redaction fail happened in the Mueller investigation in the US. Rachel Maddow mentioned it here.)

Just because you can’t see something doesn't mean it is not there. This is especially true in the world of digital information. On paper, what we see is what is there (ok, excluding secret agent stuff like microdots or the nigh-invisible dot pattern some laser printers lay down to identify themselves.) On a wordprocessor document, this is not the case.

There’s been plenty of news footage coming out of the USA lately of dramatically redacted documents. It reminded me of three funny (and disturbing) cases of digital redactions gone wrong.

Blacking out lines in Word

We (a project team I was a member of) received a document from another vendor which hinted at some costings information. For some reason, when it was emailed to us, key paragraphs were blacked out just like a redacted paper document.

On a gut feel, I selected all the text and changed the background colour to None. The few of us gathered around the computer burst into laughter. All the “redacted” text was now visible.

In essence, the author had visually redacted the document. They assumed if the black text on a black background is not visible, their job was done. This would have worked had the author physically mailed us a printed document.

(There wasn’t anything secret or dreadful about the “redacted” information. The author was just being overly cautious. We were all bound by the same non-disclosure agreement.)

The Track Changes function can be very useful in documents that needed to be circulated amongst multiple authors. The problem is, not many people take the time to learn how to use it properly. They assume, once again, that what they see is what the document contains.

But of course, if changes have not been finalised, and the document was just set to show the final text so it appeared finalised, you can reveal all the tracked changes with a few clicks! Given the nature of some of the comments, we were fortunate to catch this before the document went outside the organisation.

This was an earlier variation of the Tracked Changes problem.

I had to extract all the text from a Word document to Notepad, and then move that content to a webpage. When I reviewed the resulting webpage, I noticed it had more text that was visible on the Word document. On closer inspection, the simple Copy and Paste had moved all of the document’s text as well as comments and historical edits!

This happened a long time ago, not long after the Tracked Changes feature was released, so Microsoft may well have corrected this “feature.”

I think this is related to the wider issue of people treating wordprocessors like Word like typewriters still. They use multiple spaces instead of a tab. They press the Enter key several times instead of setting proper paragraph breaks. The software does not quite support the expectations and mentality of the user. The user can get training of course, but who has the time for that?

Filed under: Technology, Communications
Subscribe to my RSS feed