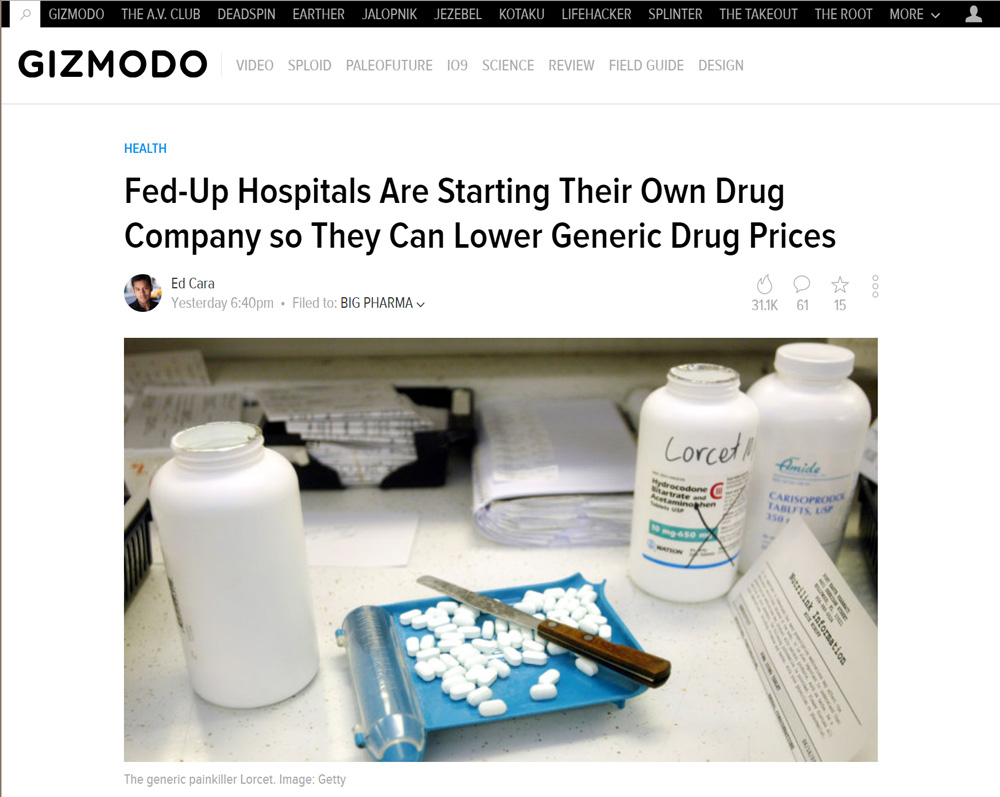 When things stay unchanging for a long time, we can accept them as immutable truth, and forget the power and resources we have at our disposal to make change.

The status quo is: drug companies make and sell drugs, hospitals buy and use drugs. Arrangements like this go on for so long we take them as immutable reality.

But hospitals have great power. Especially when they pool their resources. So why not form their own drug company, and redefine the ecosystem to be more in their favour?

While at a dinner with the managers of a group of media companies (years ago now), they said the greatest consistent headache they had was dealing with the banks.

I said partially in jest, and probably having had too many drinks: why not open your own bank?

From the look on their faces, this thought had clearly never crossed their minds. They spent some time talking through the idea. I don't know if anything more eventuated.

The point is, why can't a group of media companies get together to stay a private bank? One that is tailored to their needs?

Sure, in this example there may well be strict laws prohibiting the creation of banks. But that doesn’t matter. Just asking the question forces the reframing of the problem, and a stocktake of resources. New directions may be revealed that were previously unconsidered.

The same problem reframing and resource stocktake can benefit individuals too.