Three ways to manipulate the media 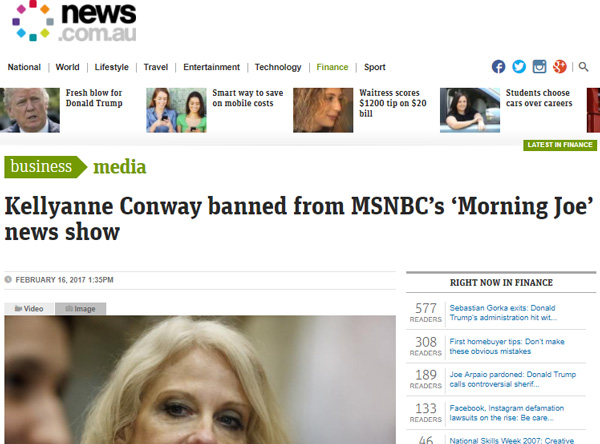 The bit towards the bottom “HOW CONWAY MASTERED THE ART OF SPIN” explains how she is good at what she does.

Let’s learn from the best!

1. Look for keywords that you can use as springboards to redirect the conversation elsewhere. As long as you have the microphone (ie keep talking), you have the control.

“One of her best tactics is to take a trivial word or phrase from the question, and repeat that while responding to give the impression of a direct answer.”

2. Take advantage of people's politeness/niceness. Most people, including journalists, are not going to demand you acknowledge or agree to something forever. If you can sit through the awkwardness, they will quit their demands and move on.

“For the interviewer to insist again and again on the original question and to ignore 90 per cent of what she’s said in the meantime is rude,” he told Vox. “She trusts that they are going to move on to their next topic rather than ask the same question over and over.”

3. When all else fails, make an excuse.

“she uses the fact that she’s not technically a politician in the Trump administration to sidestep questions she doesn’t want to answer.”

Filed under: Authenticity, Communications, Ethics
Subscribe to my RSS feed