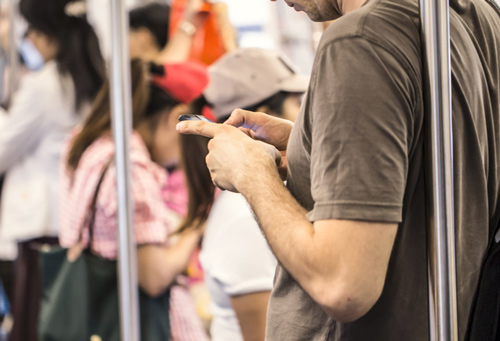 I have often heard this assertion. Always from an older person. And across cultural and professional strata.

This easy dismissal may seem like an immediately obvious truism. This may however, be judgement from a position of ignorance; with a dash of change anxiety.

We all need to connect and interact with others. Human nature cannot possibly have changed that fundamentally in just one generation!

Social technology enables this on a mass global scale. We can reach out and connect with likeminded others on the other side of the planet. We can reach out as often as we like regardless of where we are. This is unprecedented in the history of our species.

Have you had real deep and meaningful conversations with another person on chat, via SMS, or a series of emails? Where you actually forgot the channel you were communicating on and instead was totally focused on the other person and the conversation? I have. These interactions were as visceral as any other deep conversation.

Just because you haven't experienced something does not mean it doesn't happen. There are counselling and crisis support/suicide prevention services that run on chat and sms around the world. And they work despite the supposed lack of nuance and richness.

I contend that social technologies are simply new and different ways for humans to fulfil the universal human need to teach out and connect. I also believe that there is subtlety, nuance and richness in these seemingly anaemic text-only formats; and that we can access them once we acclimatise to the technology.

Yes we do sacrifice some input like facial expressions absolutely body language with tech-mediated interactions. But I do believe our brains will adjust accordingly; like how a blind person develops better than average hearing.

In an ideal world we would all have the time and resources to gather regularly face-to-face. But the real world doesn’t work like that. Surely the more useful approach is to embrace what is good about the world, instead of bemoaning the discrepancies with some ideal.

Think of the telephone. When it was first invented, I bet there were loads of people saying that will never replace face-to-face dialogue, and that it will destroy interpersonal relationships. And yet today, the telephone has become a critical social life-line for many people.

(The biggest social need that social technologies won’t meet is our need for touch. But that is beyond the scope of this blog post.)

The next time you are annoyed by someone who socialises online, ask yourself why you feel this way about their behaviour. If you haven’t experienced socialising online, why not give it a real go?

image: Commuters on phones via Shutterstock.