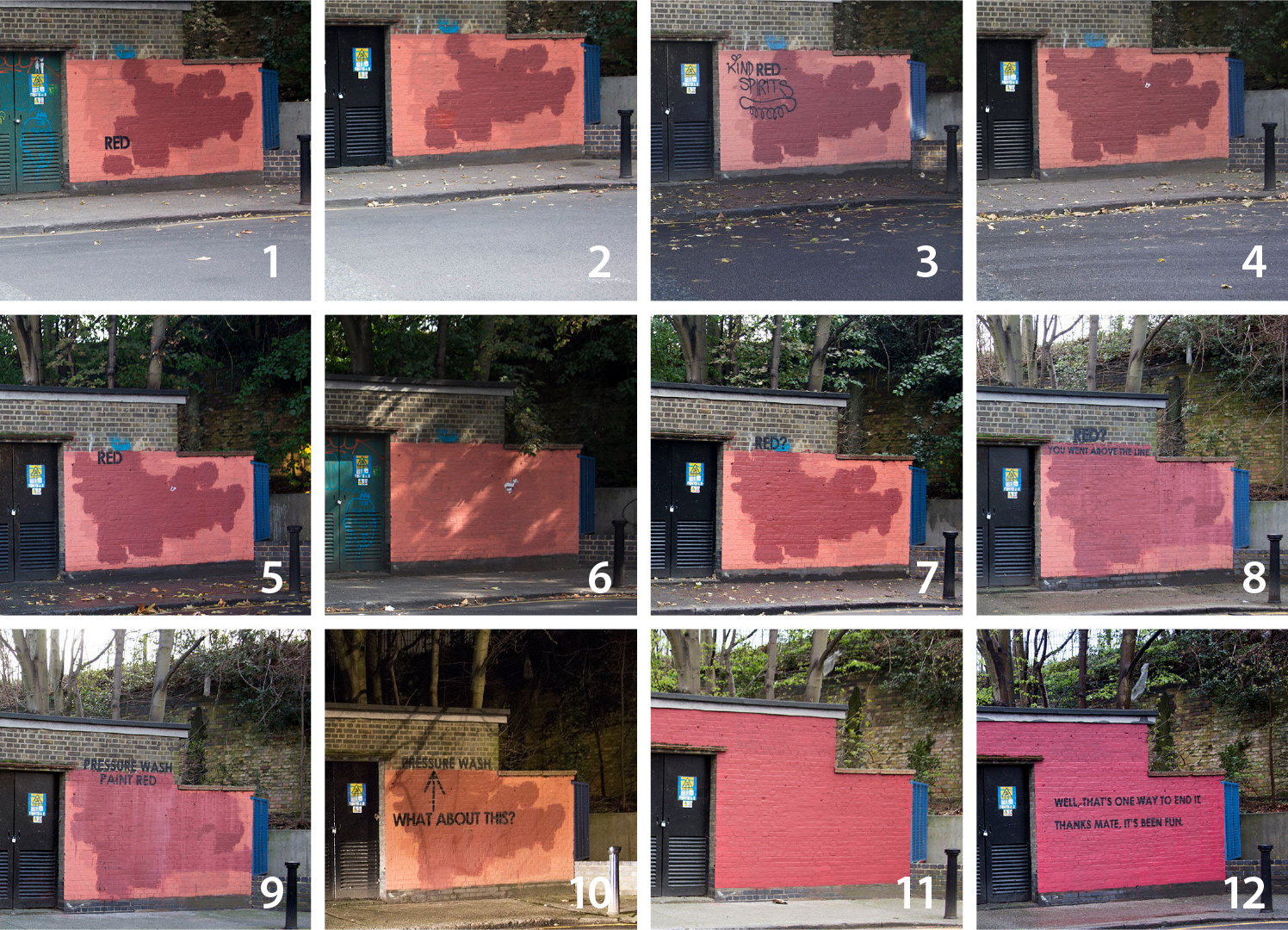 This Mashable post This graffiti artist's 'experiment' with the authorities escalated hilariously is interesting from a citizen engagement point of view. (Images above sourced from the Mashable post.)

The artist spontaneously started engaging with the city. But the city did not really engage back. Is this a missed opportunity?

Like it or loathe it, graffiti  and urban art are ways some people engage with their city. What if the city took a more open approach? Surely this is grassroots engagement? But of course, cities have traditionally tended to approach citizen engagement with a top-down approach.

What if cities started engaging with their constituents on an equal footing? What could that look like?

Some cities like Vienna have designated public spaces for graffiti artists. These spaces become host to lively ever changing visual engagements with a segment of the citizenry that would otherwise not have an official voice.

Other recent examples of spontaneous citizen engagement with their cities are people making a tribute to Conrad the Raccoon, and emailing Melbourne trees.