Captcha an exercise in aggravation

I've just spent an aggravating half hour trying to log in to a website that uses captcha. And I am pissed.

What started as a clever way to sort the bots from the humans have evolved into a form of digital purgatory -- not exactly the sort of experience you want to subject your users/customers to at the door!

The most recent upgrade appeared to have done away with the blurry street numbers. Instead, there is now a grid of (not always clearly visible) images I had to select from.

Except it didn't work! I tried multiple options (in case I was selecting ice cream that they thought was cupcakes...) Nope. No joy. After many many goes. 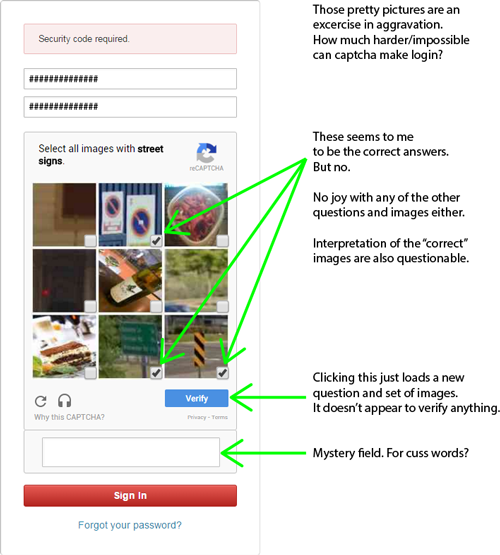 I tried switching to the audio option. But that didn't work either! I heard the numbers, entered the numbers, into different fields, and the validation failed every time. 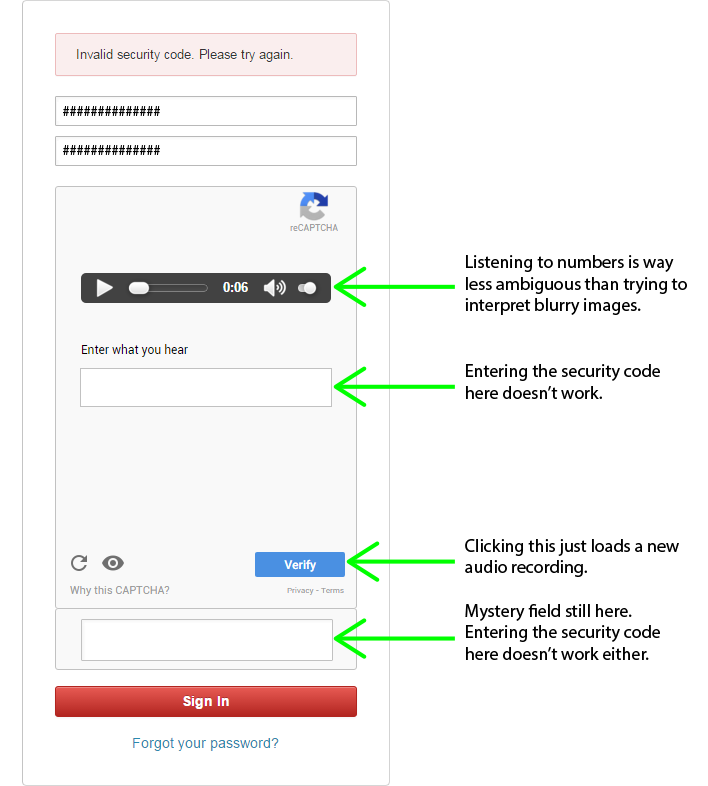 I contacted the operators of the site. If you customers cannot get in the front door, you have a serious fail.

And then I got in! By repeated trying to login via the audio captcha panel until the captcha system gave up and threw up some sort of single-use hash code. 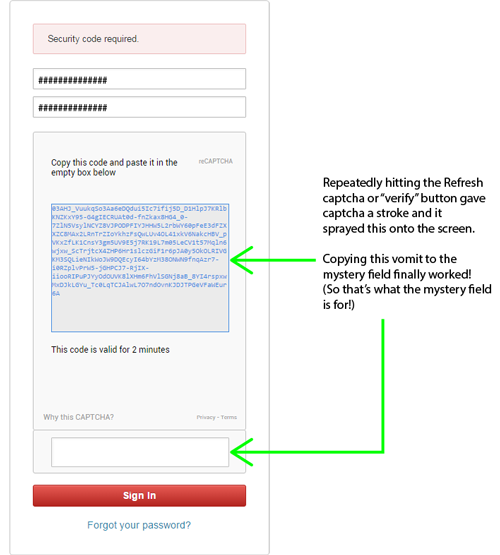 Nonetheless, it is hardly a workable method for regular use.

I get that captcha is needed to protect the system and its users. But is it now getting too ridiculous?

Does anyone test anything any more before releasing it live?