Maybe you need a project designer? 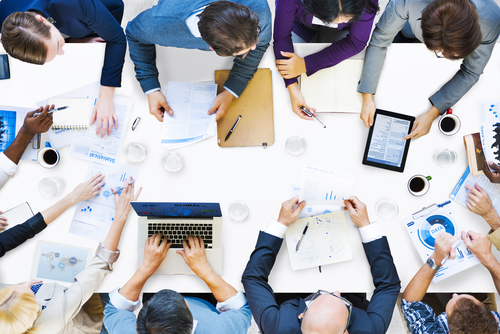 I think some projects are missing a crucial role in the form of a Project Designer.

Management stakeholders/sponsors aside, you typically have the project visionary who carries the big-picture, driving vision for the project, and the expert implementers who are tasked with the executional details.

What is missing the the connector between and synthesiser of the two perspectives. An experienced designer (design thinking problem solver) can provide strategic, non-traditional functions in such a Project Designer role:

Synthesise - Constantly merge, massage and knead the "project dough" that is made up of the big-picture vision and the implementation details/constraints. The sum (the dough) is always greater than the parts; the synthesis function creates this richness.

Communicate - The dough is also really useful as the basis for communicating the project to a diverse range of audiences. Without creating the dough, communication from either the visionary and executional detail perspectives can be more biased and watered-down.

Bridge - Translate the vision into executable problems for the implementers to solve, and translate real-world constraints into big picture opportunities/risks for the visionary to consider. Such a facilitative role is often under-valued, limiting the effectiveness of discussions between the visionary and executional perspectives.

Motivate - Not so much the rah-rah flag waving type of motivation, but more so working to ensure consistent momentum forward. Momentum can be interrupted by distractions and scope creep. With their understanding of the big-picture vision, the Project Designer can flag when the execution team is becoming mired in details, losing focus on the must-haves, or trying to solve the wrong problems. Likewise they can also flag scope creep or direction changes, and facilitate understanding and management of these changes.

What do you think? Have you been part of a project where such a role would have helped the process?