As part of the on-going exercise to simplify my every day life and reduce unnecessary (visual) noise, I have switched to a minimalist theme on my phone. 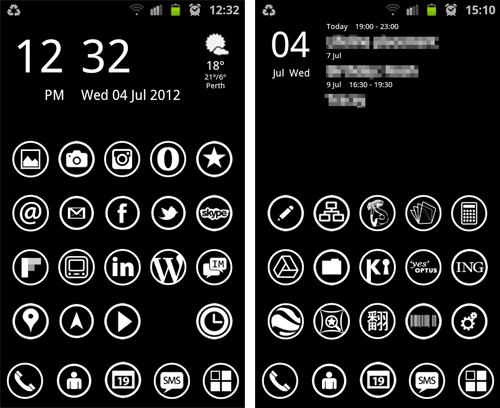 The screengrabs above show the first and second home screens. I used ADW.Launcher with the AndroidPhone7 theme as the basis for the customisation. I also whipped up a few extra icons to complete the set.

The highly customisable SiMi CLock Widget and Simple Calendar Widget (with its SiMi skin) were used to display the time, date weather and seven days of my calendar. 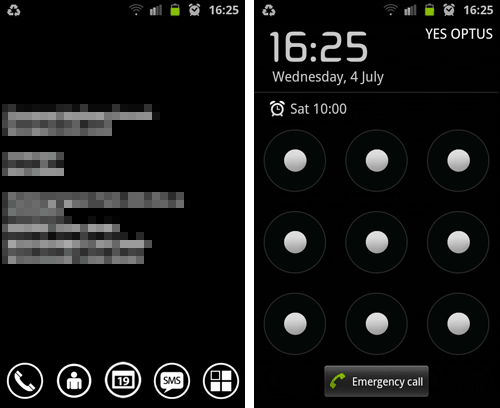 On the third home screen, I used Memo Widget to display a no-nonsense, single full-screen note. The lock screen (shown above right) is simply the standard symbol-unlock UI; with a plain black wallpaper.

What do you think?