The advent of cheap and pervasive technology can fundamentally reboot entire industries.

It is now possible to do more with the off-the-shelf technology than every before, such as making an epic movie. Thanks to Debra who forwarded me the following recently: 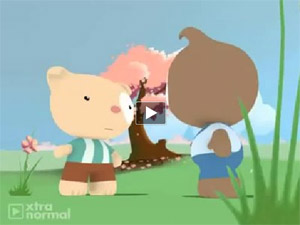 Yes, this sort of mass empowerment will lead to the creation of lots of crap. About 20 years ago, the same thing happened in the era of the Desktop Publishing revolution. Apple’s Macintosh Plus and desktop LaserWriter printer put professional typesetting in the hands of the general public. 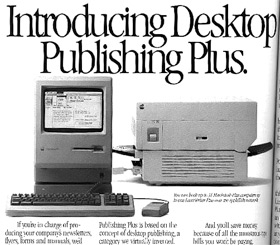 Overnight, the livelihood of many professional graphic designers and traditional typesetters were threatened. The world was awash with high resolution abominations passed off as “design”.

But graphic design as a profession survived. Because as a profession it is more than just the techniques of typesetting and layout. It deals with a combination of deeper cognitive concepts likes ideation, communications, aesthetics, client management, emotional engagement and so forth.

In contrast, typesetting disappeared as a profession. Movable type assemblers simple had no livelihood any more given the vastly superior technology that is digital typesetting.

With this Desktop Epic Revolution, it will be interesting to see if the same trend bears out.

The “designers” of movies (writers, directors etc) will face some competition for sure. The expectations of the public will be temporarily lowered. But will the technicians survive? The colourists, the graders, the editors…

Filed under: Craftsmanship, Design, Technology
Subscribe to my RSS feed