Do you worry about odour? 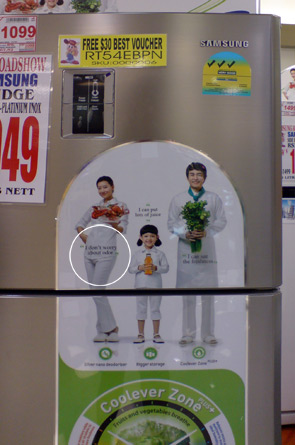 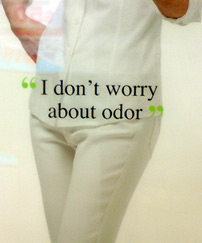 This is a large printed ad attached to a refrigerator with odour control features. It can be seen in all good whitegoods shops all over Singapore.

Is this a sign of some failure in awareness? Of an inability to even peek slightly outside the box?

Or is it a deliberate act of social mischief on the part of the designer? If so, what does it say about the lack of awareness on the part of the marketing/communications department, or indeed of the general consuming population? Are people really that straight here?

This reminds me of the actress whose secret to youthfulness is that she swallows.

Filed under: Communications, Human Nature
Subscribe to my RSS feed