The challenge of selling brainspace 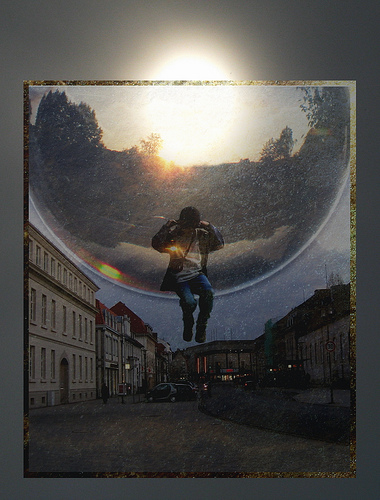 Ideas, new perspectives, sounding board, listening, brainstorming - these are all important to innovation. Businesses need this stuff to work effectively, create and deliver wow services and products.

The challenge has always been – how to sell the idea of brainspace, perspectives and ideas to businesses who are open, able and willing to pay for such intangibles?

This is perhaps even more pertinent in these economic times when the default reactive behaviour seems to be shut the doors, navel gaze (disguised as extra reporting) and huddle. Maybe kick out a few extra bodies first. Same amount of work, less people, more reporting. Thus even less time and inclination to consider anything beyond just getting the work done and surviving.

Selling such ephemerals is an ongoing big challenge; outside of established professions like therapy and design. Coming from a design/web background, I have found it sometimes hard to focus on selling the really valuable thinking, without regularly having to differentiate between the production of visual designed outcomes and the use of design thinking to solve the deeper business/vision/innovation problems.

Small businesses and startups are keen to avail themselves of such brainspace, but they tend not to have the budgets to make it worthwhile financially over the longer term. They are keen for discussions, feedback and ideas; especially new wow ideas. They are prepared to try new things. But their limited financial resources are often spent on the hardcore tangibles like accounting, compliance filing, and printed pamphlets. (Parallel behaviour – pay for computers and hardware, but “borrow” the software.)

Bigger businesses tend to be constrained by fear of change, risk, and legislative/shareholder anger. They have the money, but would prefer to spend it on tangibles from proven established providers over (the potentially more valuable) insights from industry outsiders. Even if they were to buy “new thinking”, they tend to go to the safety of established (and hence relatively conservative) offerings from the big consulting firms; consultants who have had similar ideas for similar businesses before. They don’t really want scary new ideas or thinking.

This ties back to fundamental human nature of valuing the tangible over the intangible. Product features over service offerings. Hard numbers and facts over soft gut feel and intuition. Even when time and time again we are blown away by wow results when we actively leveraged these softer aspects of our humanity. Tom Peters and others have certainly written at length about this.

I believe most businesses recognise the value of these intangibles. But at the same time, somehow they don’t see it as something worth paying for. Why not? Is it a tenet of the Religion of Business that says thou shalt only pay for what thy fingers can fondle?

Is the only way to get paid for doing this sort of work that of hiding all the valuable soft-stuff inside less valuable but tangible offerings? Instead of saying “I can help you revitalise your brand and smooth your order taking process” I should say “I can help you build an e-business website”?

This approach greatly devalues the hidden work. It suddenly means I am competing with other web designers, at the prevailing market rates for web design; when I should be competing on the prevailing rates of… which industry? Management consultancies? Advertising agencies?

There are exceptions to the tendency to value the tangible over the less tangible. Consider religion. As financial institutions, the established religions tend to have a great ability to amass wealth; payment in exchange for things very much intangible.

As either a purchaser or seller of brainspace, what do you think?

(This post was triggered when responding to an email from Natasha Golding of ThisIsPrettySmart.)