I noticed today that I could often tell whether a CD jewel case is empty or not just by picking it up. A CD only weighs around 15g, against the almost 100g of a complete package with booklet.

I think we often take for granted our sensitivity to subtleties in the environment around us. We do it so well we simply don’t pay it much attention. And yet, the subtleties that we subconsciously perceive often carry more information than the overt.

Consider email or instant messaging communications. Have you ever noticed how much unspoken things are often “said” in relatively few words? The subtleties of words and their ordering, the placement of punctuation; they all carry more information than what we perceive consciously. Consider the emotive content that can be woven into word-frugal SMS and Tweets.

There is of course the well established study of body language – where subtleties of movement and the placement of limbs for example can say far more than what was actually said. And when the voice is used, it can be imbued with complex subtleties beyond simply the uttered sounds. Just listen to the myriad of diverse meanings a professional voice artist can read out of the same script. Most of the time we simply respond to those cues unconsciously – because we are so good at reading those subtleties.

This is what happens when we fail to appreciate the subtleties of communications, and focus solely on the literal. 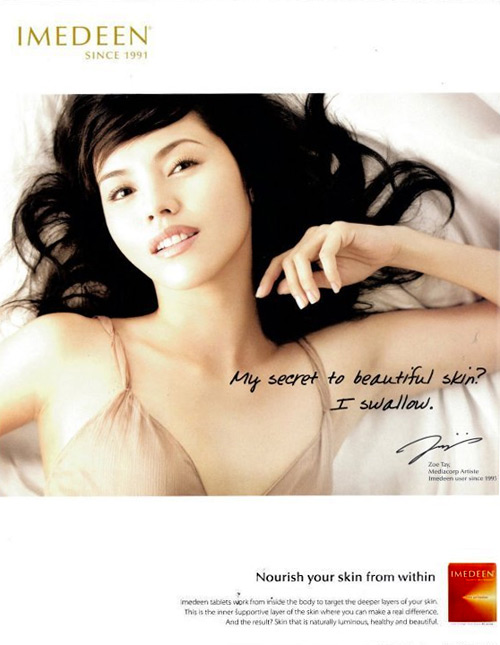 This ad caused a ruckus when it came out in Singapore a few years ago. I don’t know if this was deliberate manipulation, or simply a spectacular failure in awareness – either of which is plausible.

I have glanced through a few blog posts about this ad and the field seem divided between those who could only see the literal meaning (where any perceived wickedness is only in the minds of the few), and those who saw it as a failed attempt to be clever. And a good dose of sniggering all around of course.

Cross-language and cross-cultural communications is always fraught. When we cannot perceive, or blatantly ignore, the subtleties thereof, we put our message at risk. Naivety is not really an excuse for marketing professionals.