Humans will be humans 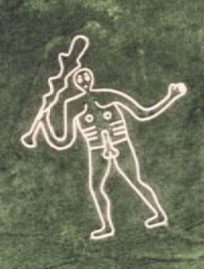 About 400 years ago, some humans on the other side of the planet made this rude giant at Cerne Abbas.

A few days ago, some other humans near where I live made this in a carpark (not quite at the same scale).

Filed under: Human Nature
Subscribe to my RSS feed